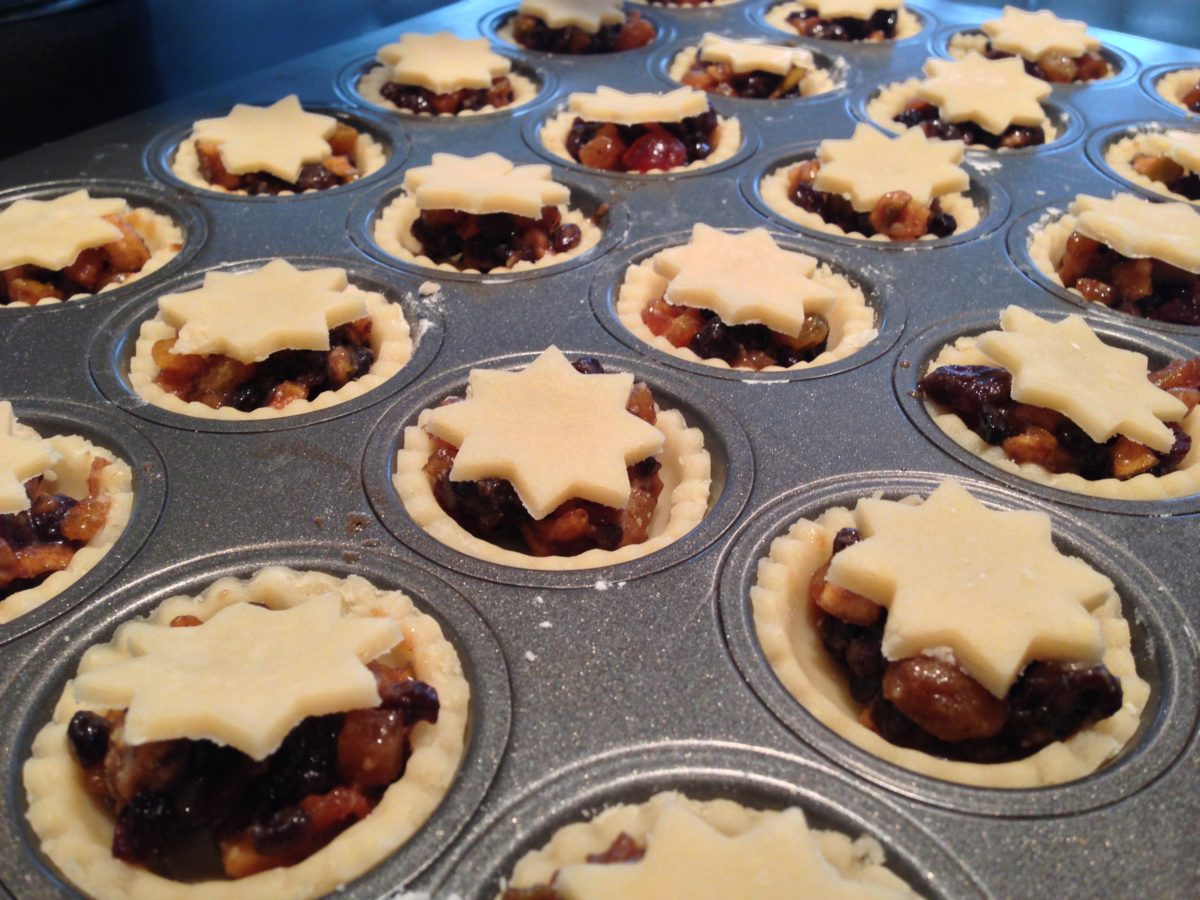 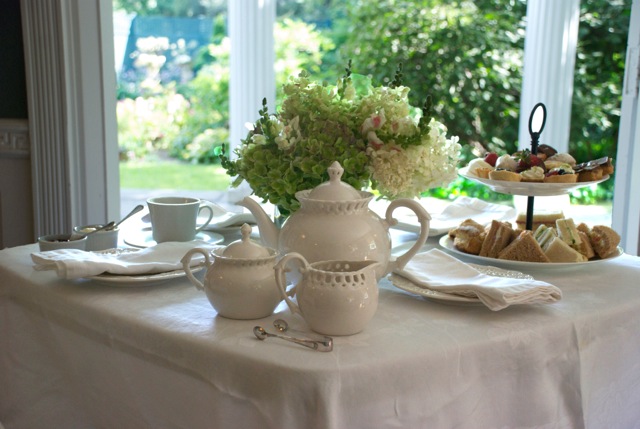 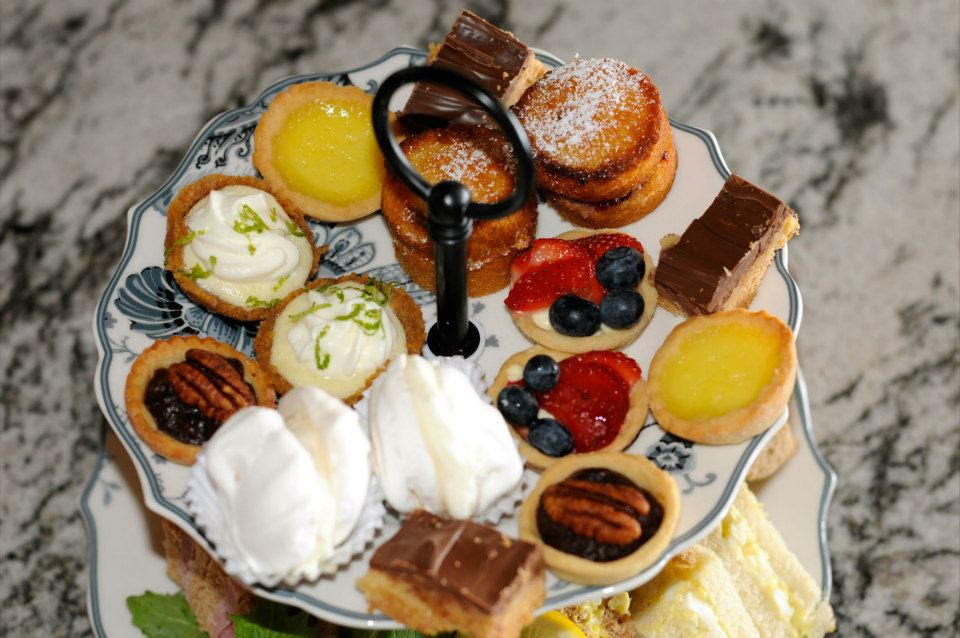 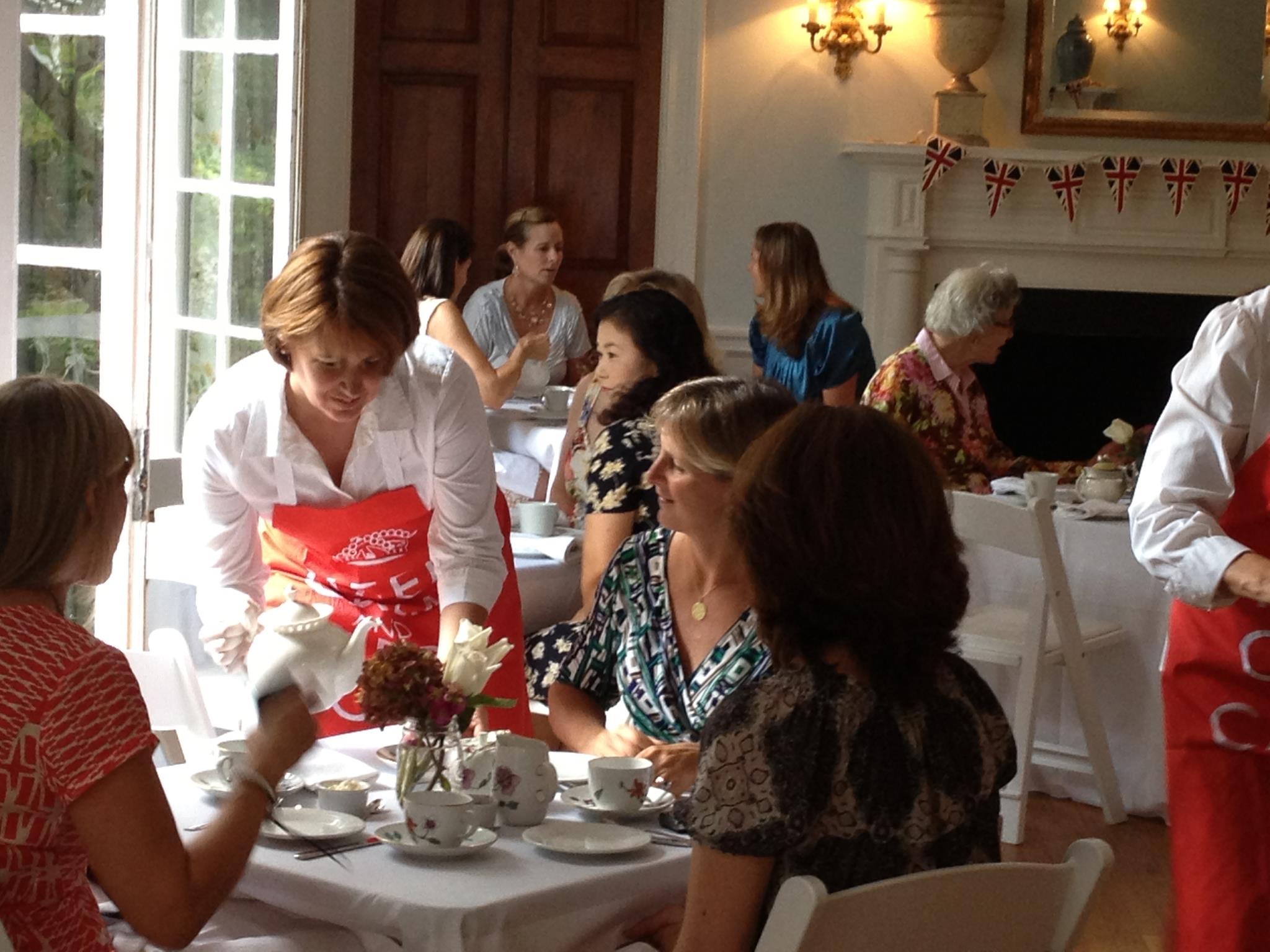 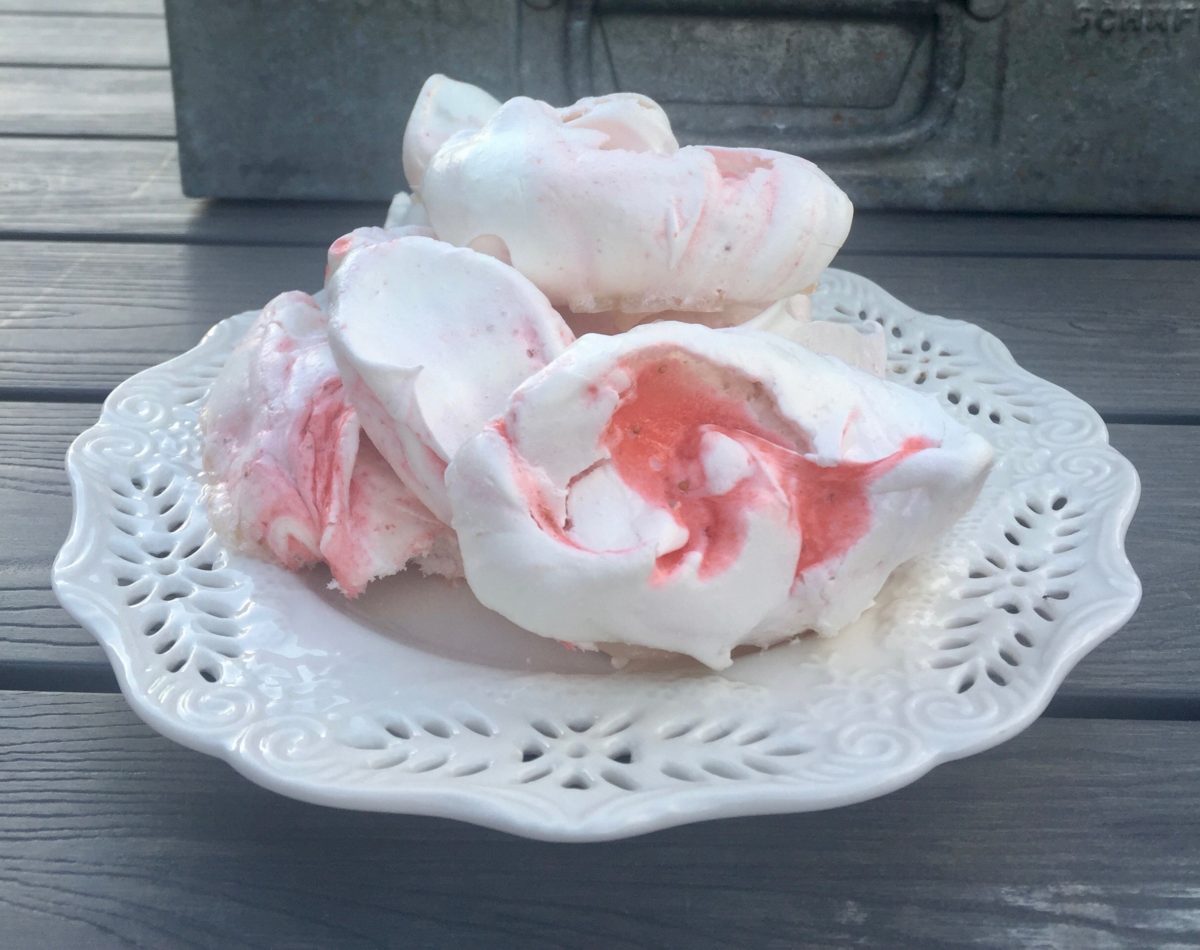 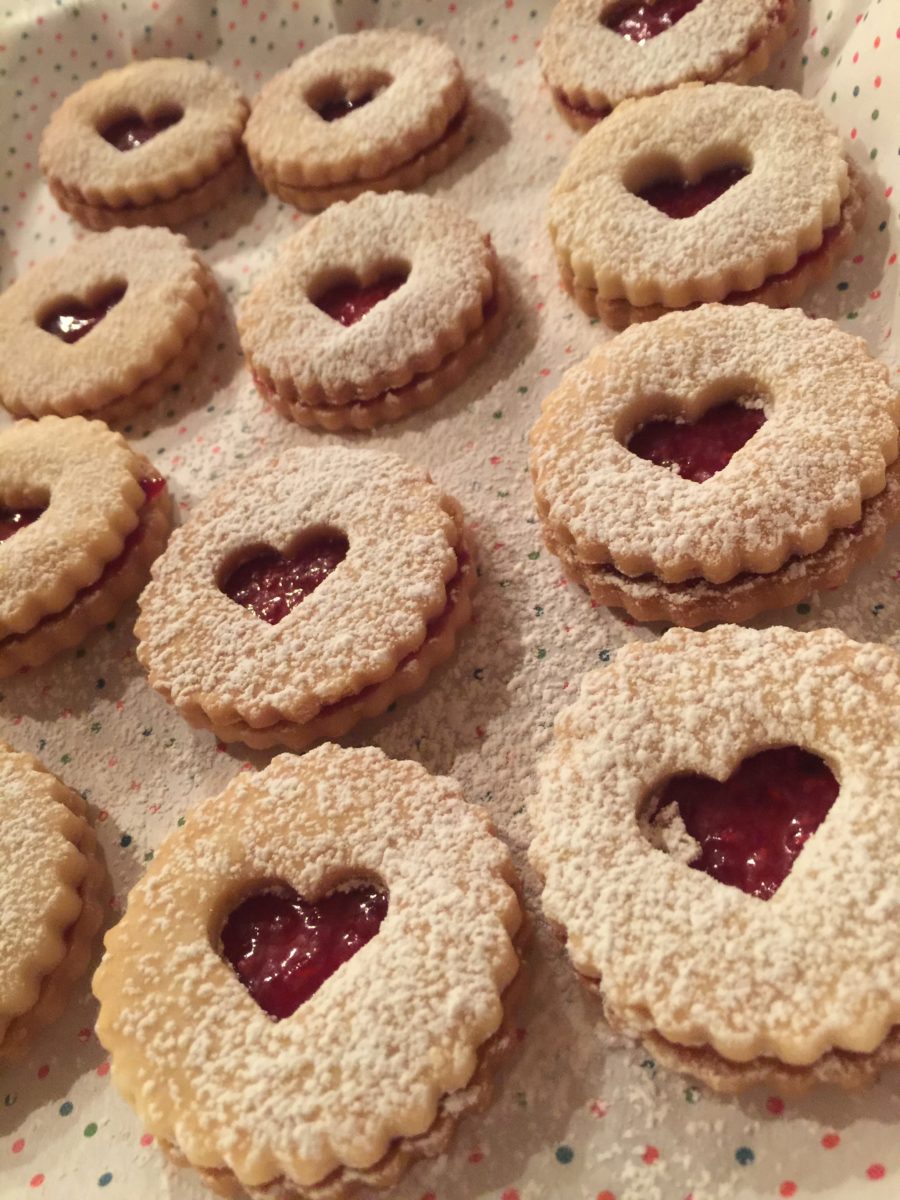 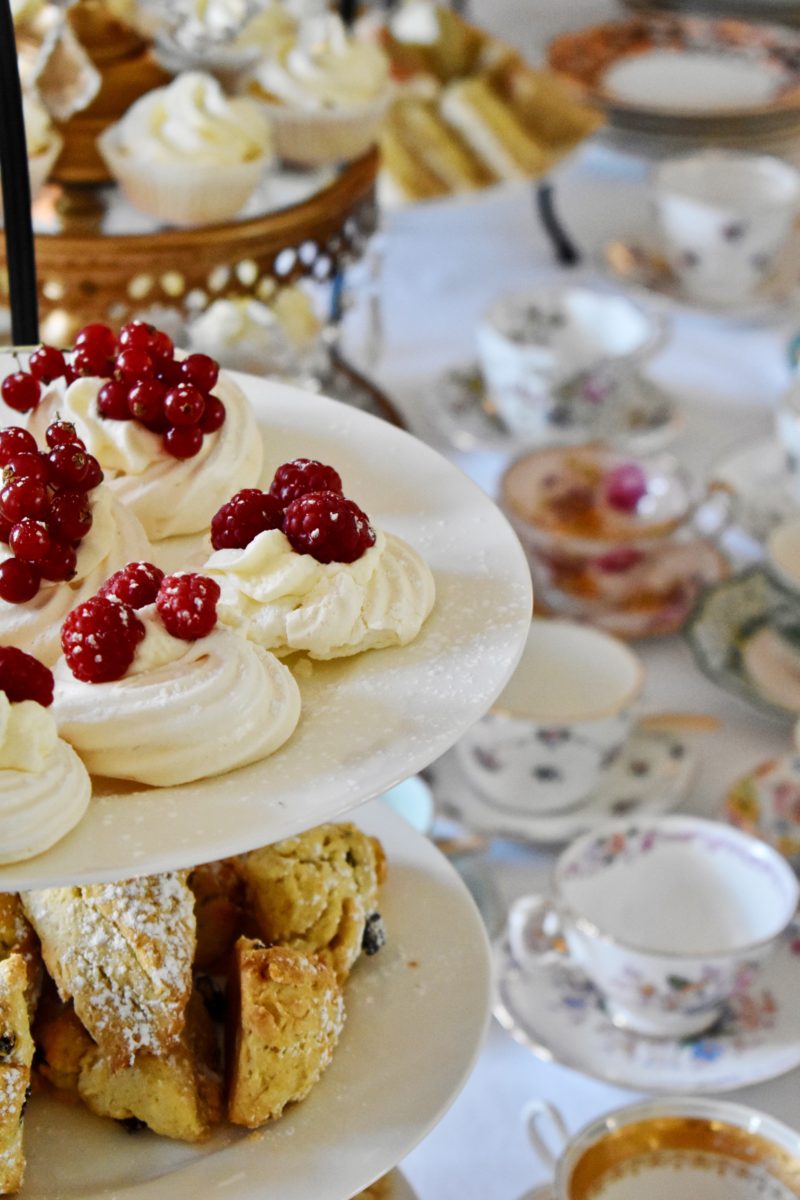 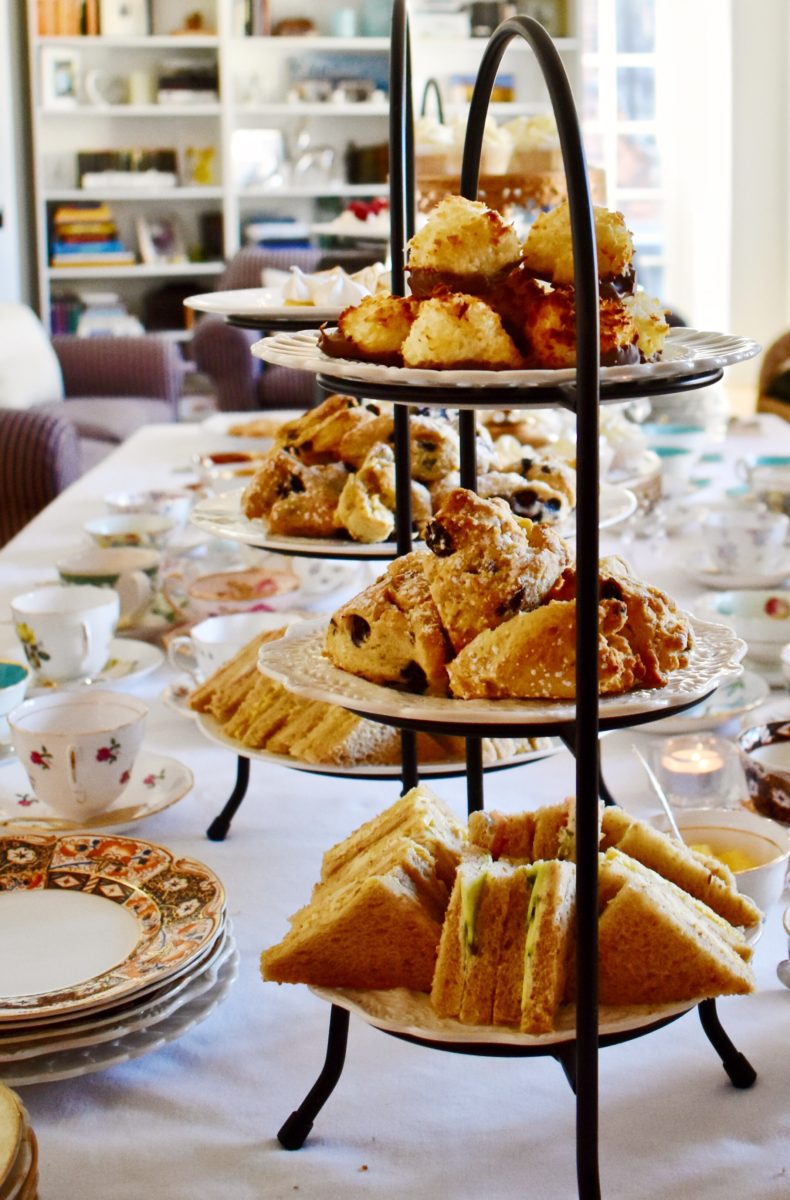 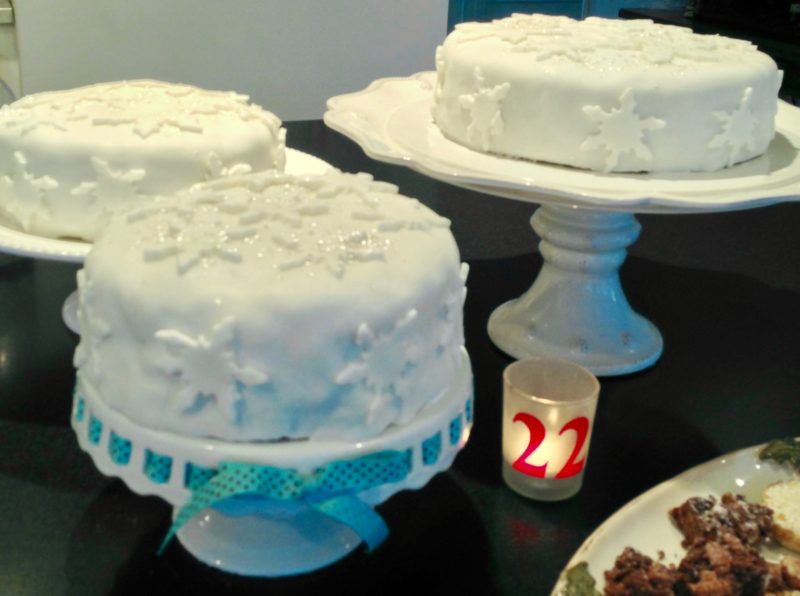 Dainty sandwiches to include cucumber,
Scones with jam and clotted cream,
A selection of traditional British Christmas cakes and pastries.

For the full British experience we would recommend a pot of PG Tips, Britain’s number one selling brand of tea.
We do also offer a selection of herbal, green, caffeine-free and other specialty teas.

Among the ”Top 5 Out Of 50 Ways to Rediscover Where You Live” in The 2013 Insider’s Guide to New Canaan, Darien and Rowayton, called the experience “Another Step Closer to Downton Abbey

*links to Nigella and Ina recipes 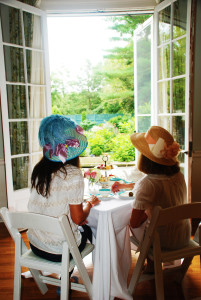 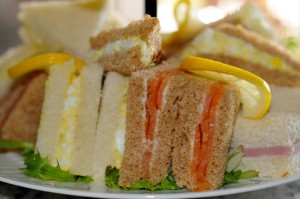 coronation chicken and other sandwich fillings 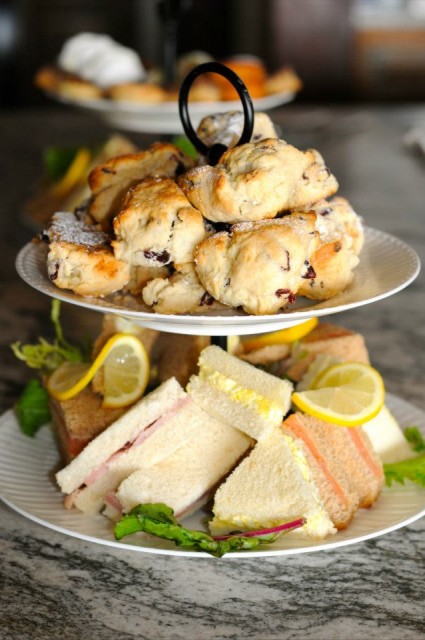 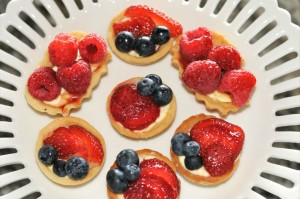 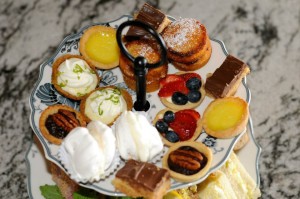 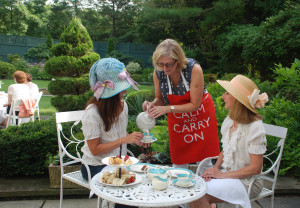 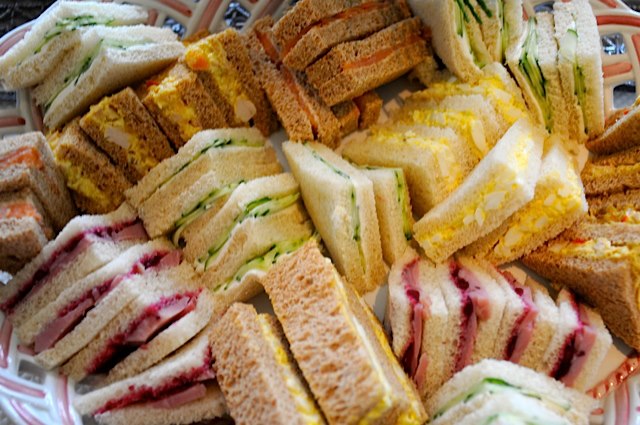 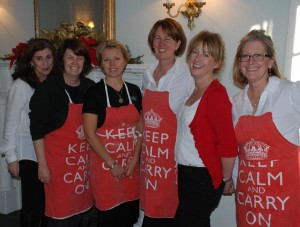 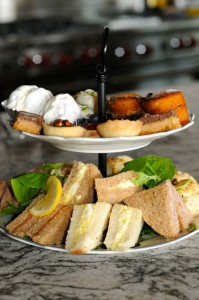 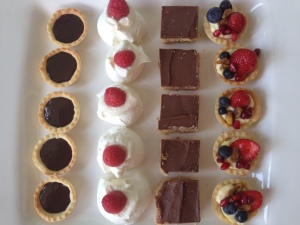 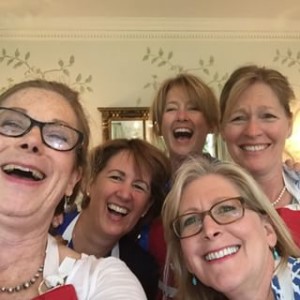 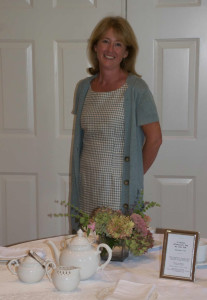 Afternoon tea is a light meal typically served between 4 pm & 6 pm. Observance of this British custom originated amongst the wealthy classes during the 1840s. By the end of the 19th century, afternoon tea was a custom amongst by both upper and middle classes:

Traditionally, loose tea is brewed in a teapot with freshly boiled water. Tea is served in a porcelain cup and saucer. A small amount of cold milk is poured first, followed by the hot tea; sugar is optional. Pouring the cold milk in first, avoided damaging the treasured porcelain with very hot liquid. For laborers, tea was accompanied by a sandwich or baked snack (such as scones). For the upper classes, afternoon tea was accompanied by luxury ingredient sandwiches (customarily cucumber, egg & cress, fish paste, ham, and smoked salmon), scones (with clotted cream and jam,) and cakes and pastries (such as Battenberg cake, fruit cake or Victoria sponge). In hotels and teashops the food is served on a tiered stand. Generally one works up the stand, starting with the sandwiches, progressing to the scones and finishing with cakes and pastries.