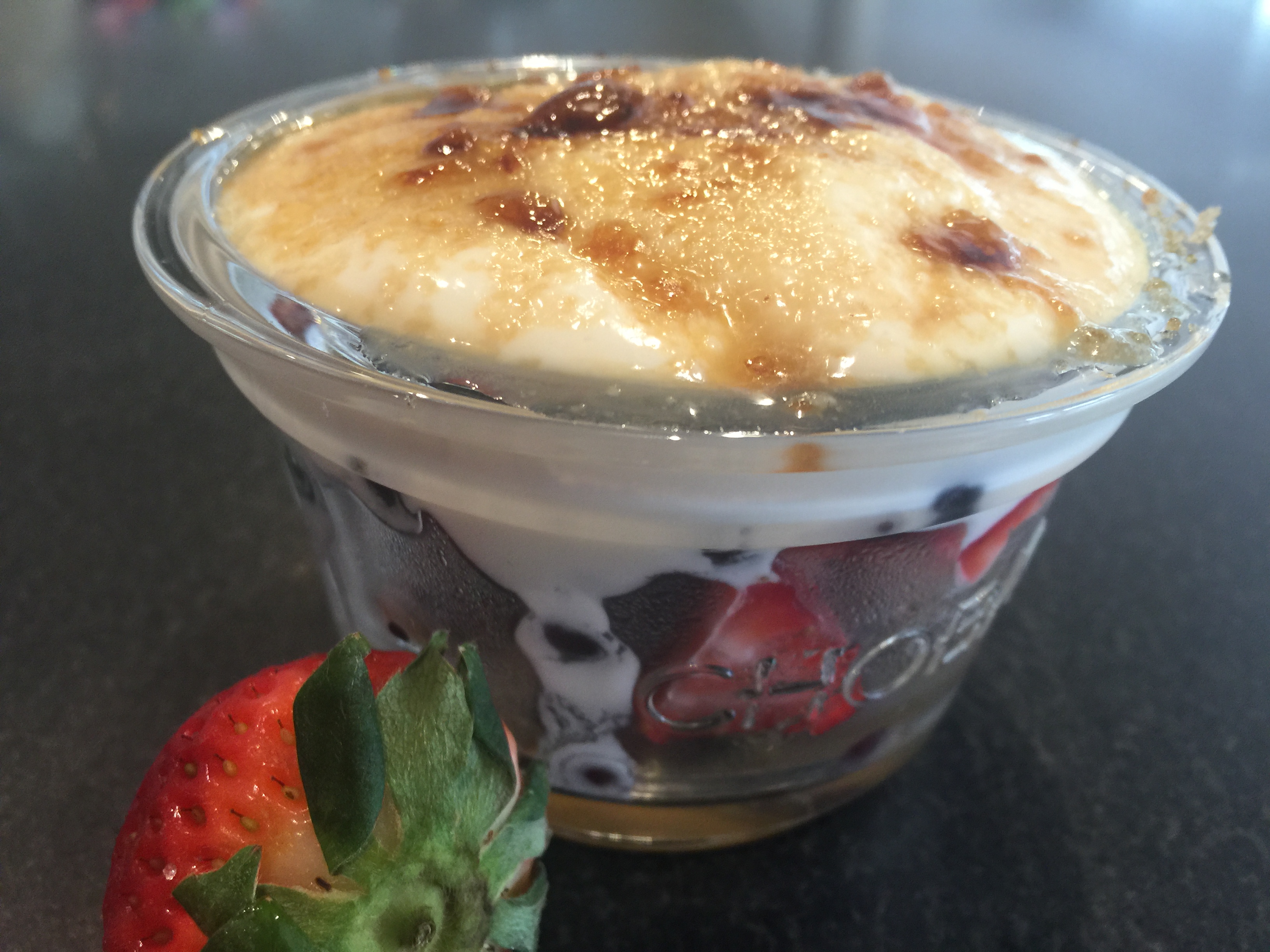 My gorgeous friend Karen used to serve this wonderful dessert when we lived in Wimbledon.  For some reason I had completely forgotten about it until I was trying to think of something quick and healthy that my daughter Kat, the health conscious rower, would eat. A dessert which was slightly more exciting  than a plain fruit salad.   It really is almost like a parfait you would serve for breakfast but somehow bruleeing (is that a real word?) a little brown sugar over the top of some greek yogurt elevates this simple dish into something quite delicious.  I had some mascarpone, leftover from making tiramisu, so mixed that with my greek yogurt; creme fraiche would be fine too.  Actually now I think about it I suspect the reason I have not made this dessert in years is that when we first came here greek yogurt was impossible to find; a situation which has now, thank goodness, been remedied.

The little glass dish is from Chobani. It is so, cute so obviously the greek yogurt comes from them too!