Kronborg Castle – Getting There!

Kronborg is a magnificent Renaissance castle, and a great day trip from Copenhagen. It is located just outside the historic town of Helsingør, at the northern tip of Zealand, one of the main islands of Denmark. Getting there on public transport from Copenhagen is easy. We caught the train at the central station, and it took us only 45 minutes to reach Helsingør. The train runs every 20 minutes

When we reached Helsingør, we simply followed the sign posts to the castle. It is a short walk through the town and the harbour.

It was a glorious summer day when we first visited Kronborg. We stopped in the harbour area just before the castle. We bought some fish and chips to share from one of the many food stalls. Sitting at one of the picnic tables we had fantastic views of the castle and the water.  Going back there with friends later in the season we still found lots of places where we could stop for a cup tea and cake. Even if it was not warm enough to sit outside.

The castle is still largely the castle Frederick II, father of Christian IV, commissioned for his queen, Sophie, although an earlier medieval castle had existed in the same spot. Built in the middle of the sixteenth century, it is also more famously known as Hamlet’s castle, ‘Elsinore’.

I love Kronberg just a little more each time we go to visit.  The main rooms of the rooms are bright and airy, yet just small enough to feel hygge. They also have magnificent views across to Sweden.

When we went to visit Kronborg for the first time, my inner princess suddenly appeared and I remembered that I had always wanted to live in a castle.  Somewhere like Kronberg would do very nicely, in a sort of goldilocks sort of way. Not too big, too too small, but just right.  In addition to large suites of snuggly rooms for both the King and the Queen, Frederick also built the largest party room in Europe. Or it certainly was at the time it was finished  in 1584. I think we all know that I like parties, see what I mean, it really would be just perfect.

Kronberg was famous for its parties. They could last for days and have as many as 24 courses. In addition to the feasting there were always musicians and players ready to entertain. Part of the celebrations was the Rouse, immortalised in Shakespeare’s ‘Hamlet’.

But the great cannon to the clouds shall tell,

And the kings rouse the heaven shall bruit again

Every time Frederick II made a toast during a party, a call went up. This call was continued by the drummers and eventually heard by the soldiers outside who set off cannons over the water. Now that is a party!

You can see Sweden from Kronberg, although at the time the castle was built, that part of Sweden was also under the control of Denmark  At its closest point Sweden is only 4km or 21/2 miles away. The body of water between the two countries is the Øresund and any ship looking to cross over into the Baltic Sea via the Øresund had to pay ‘Sound Dues’.

Up until the reign of Frederick II the price of passage had been one golden crown.  Frederick however had the brilliant idea of charging a percentage of the goods being carried.  If he suspected that the captains of the ships were understating the value of their cargo he would simply offer to buy the contents of the ship.  Captains soon realised that their best option was to give the true value of the wine, fabrics and other goods they were carrying.  As a result Frederick became extremely rich and was able to throw fabulous parties.

Sound Dues continued being charged until 1846.

William Shakespeare’s ‘Hamlet’, was set in a castle called Elsingor, an abbreviation of the name of Helsingør,   The real story of Hamlet however predates the existence of the castle. It is actually based on a much more gruesome piece of Danish history, the legend of Amleth, preserved by 13th-century chronicler  Saxo Grammaticus in his Gesta Danorum. Hard to believe the story could be any worse when basically everyone at the end of Hamlet lies dead.

There is some speculation as to whether Shakespeare ever visited Kronberg. There are so many details in his play of the gardens and the rituals within the castle that he obviously had some local knowledge.  The accepted wisdom is that the Kings Players came to Kronberg.

After the death of Elizabeth I, James I of England ( VI of Scotland) became King of both Scotland and England. He was married to one of Frederick’s daughters and the wedding had taken place at Kronborg. The most likely explanation is that players performed at King James’s wedding (although he was only king of Scotland at that time), then told Shakespeare all about Kronborg on their return to London. (I always wanted to be Nancy Drew, Super Sleuth too!)

Hamlet has been performed many times over the years both within and outside the castle.  There is a wonderful exhibition, inside the castle, with fabulous black and white pictures of all the great actors who have come to Kronborg over the years. Famous names include Lawrence Olivier, Richard Burton

I was lucky enough to see the Jude Law production on Broadway and it was brilliant. It must have been spectacular when it was performed at Kronborg.

This year The Shakespeare Festival 2018 program offers absolutely unique theater experiences, with performances from around the world. Join them, when  the stage is occupied by the Chinese Peking Opera Hamlet – The Revenge of Prince Zi Dan, a German theatre concert Searching for William and this year’s in-house productions Shakespeare in Concert 2018 and Shakespeare Was Here.  Bring your own picnic or order one from the castle and then join fellow picnickers on the beach just outside the castle walls prior to the start of the performances. Tickets and information can be found here

During the summer months of June and July there is an additional treat of actors in costumes popping up around the castle, performing scenes from Hamlet. On our first visit we had the pleasure of taking the train home with not one but two Poloniuses or Polonii. Apparently more than one of each of the main characters is engaged each year as these mini performances take place every day of the summer months.

Worth a visit any time of the year

Even if you cannot get to Kronborg during the summer there is still lots to see. You can take  mini guided tours, offered throughout the day, which  give fascinating details of the castle and life for the soldiers garrisoned there. Nine of the original 101 tapestries commissioned by Frederick II in his bid to outdo the King of Sweden still hang in the castle. They tell of Denmark’s history both fact and fiction. 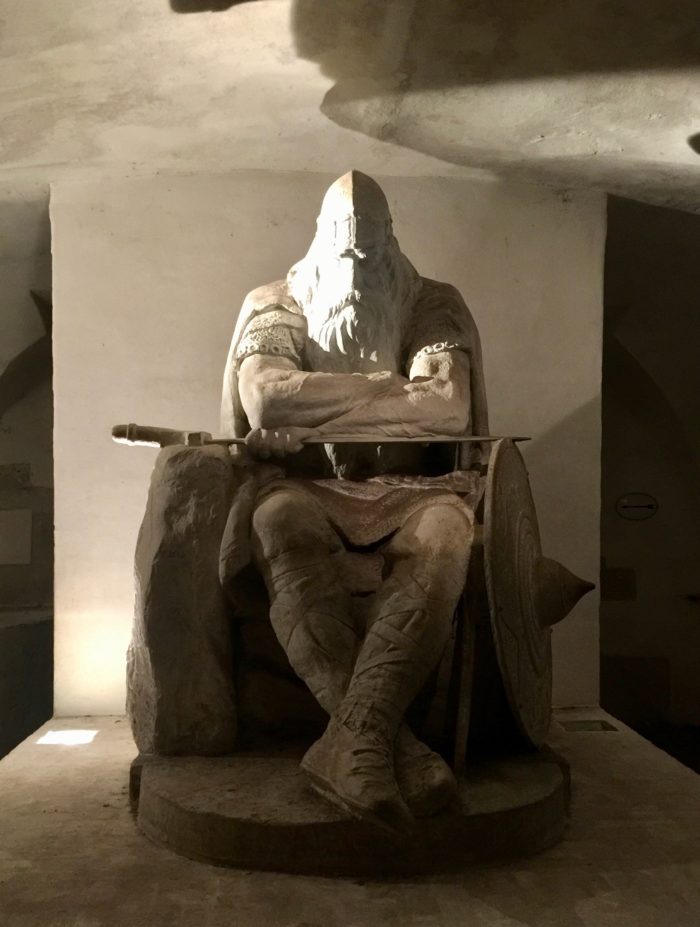 Be sure to find out all about Holger Danske the Viking in the bowels of the castle.  Holger sleeps, waiting to return to defend Denmark in her time of need (think King Arthur legend).

Finally leave enough time to climb to the top of the battlements, the entrance to the staircase closes half an hour before the castle itself.

Opening Times can be found here.

Copenhagen’s Lapidarium of Kings and the Royal Cast Museum 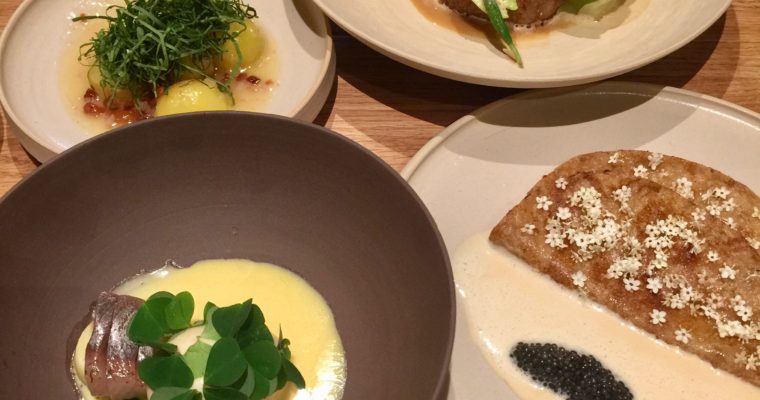 Denmark
-
by Carolyn Eddie
-
20 Comments
Roskilde Cathedral and Viking Museum
Menu for two days at a Danish Sommerhus and Aquafaba.

6 thoughts on “Kronborg aka Hamlet’s Castle!”

Back to ‘normal’ so first picture of my husban

One of the greatest joys of my little hobby cateri

Happy birthday to my gorgeous husband. I made the

No photos from Christmas Day meal but here’s the

This may be the latest I have ever made my Christm

Loving my Florentines! Maybe more than my mince p

Having fun in my favourite shop in Darien!

Up on the blog now, sausage rolls, food of the god

The Christmas Afternoon Tea at the @dariendca thi